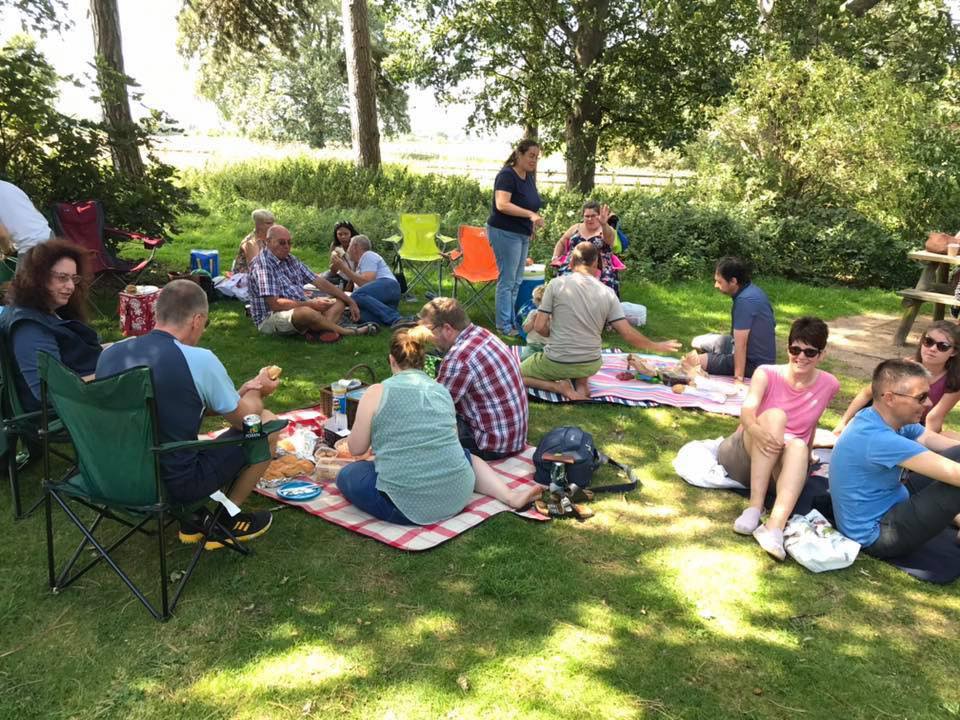 As part of the Rugby and Russelsheim twinning, the Ochos Rios Steel Band went over to Germany in 1984, where they were hosted by the Russelsheimer Musikanten. On their visit to Rugby the following year we invited them to a session in the band room. As none of the band spoke German and not many of the Musikanten spoke English, no one knew what to do next! Both bands sat down and played music for an hour and from this initial meeting, the Bilton Band was invited back to join the Musikanten in Russelsheim the next year. The rest, as they say, is history.

No one knew then how our friendship would grow, but over the years further successful visits have been made to both countries. Each time both bands meet a certain ‘magic bonding’ is made. Both bands have seen many changes in their personnel over the years and unfortunately the Muikanten no longer exist as a band, but for everyone who is involved in such a strong relationship as ours, it has enriched our lives a little bit more.

Unfortunately due to hosting constraints in 2011 the Russelsheimer Musikanten players visited Rugby for what we thought would be the last time. Little did we know…

A conversation between Ruth (a former Musikanten member who found love with Bilton’s Mark Latham through the twinning) and Hannah Bowles at this year’s Area Contest sparked an invite to our friends from Germany to visit us once again this Bank Holiday Weekend in August. Phone calls were made and before we knew it flights were being booked and hosting arrangements made for sixteen visitors. From the minute they arrived it was like we had never been apart.

Friday saw a bbq at Dave and Pauline Graham’s house, and then picnics were packed for a scorching afternoon at Coombe Abbey on Saturday. What has to be the highlight of the weekend though was on the Saturday night. Hours and hours of work went into putting together a DVD showing footage from over the years of twinning weekends. A very nostalgic evening was spent in the band room watching this, sharing memories and looking through photo albums from previous twinning weekends. Not only was the DVD put together by Antony Green but of course he was there with his camera filming the evening for the archives too.

We laughed as people realised how much fun we have had over the many weekends spent together over the years and seeing those who are no longer with us prompted some emotional moments too. An absolutely brilliant evening and thanks to Antony Green for putting together the DVD full of memories.

Their last full day in Rugby saw another scorcher, with Sunday lunch at Barby Sporting Club followed by a relaxed evening in the Fighting Cocks drinking and reminiscing. The evening was finished off with an invite from our German friends to Russelsheim in 2020, so here’s to next year!

The weekend can be summed up by a now traditional quote ‘even without our instruments together we make marvellous music’.