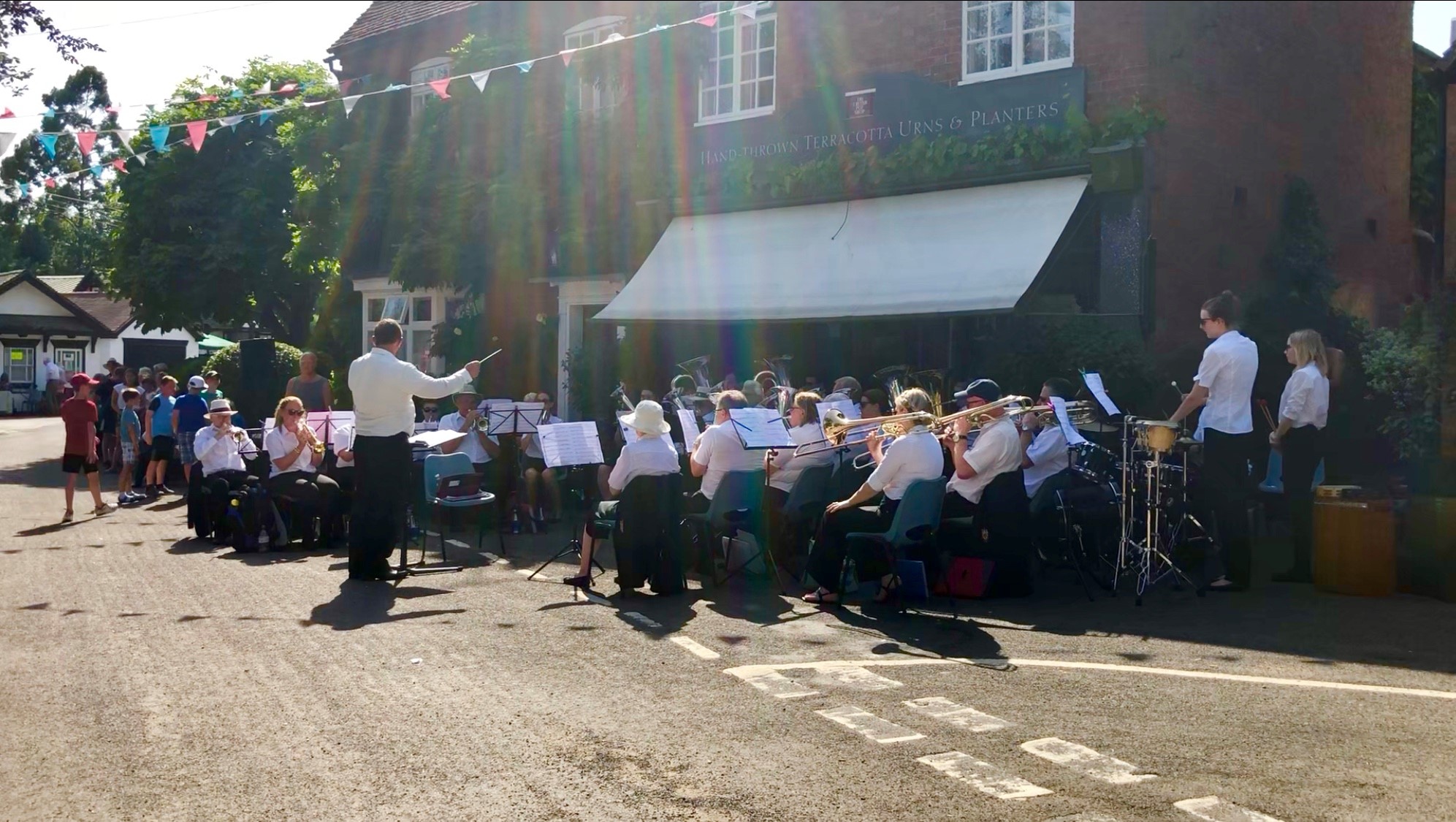 Set in the picturesque village of Stretton-on-Dunsmore, in the heart of Warwickshire, the annual village fete is always lots of fun, with the usual cake and craft stalls, tombola & cream teas along with rather unique fete activities such as an egg-throwing competition and novelty dog show. Each year, the day wouldn’t be complete without the presence of the local First Section brass band, Bilton Silver (Rugby).

The band performed in the middle of the quintessentially English village, in between the pottery shop and the brook. Opening the fete at 14:30, the musicians were led by their newly appointed Musical Director Anthony Hodgetts, in the relentless 32°C British summer sun. The Band usually likes to maintain high uniform standards, even for less formal occasions, but the ‘Walking Out’ uniform isn’t designed for these infrequent glorious days, as it has to accommodate more unforgiving climes such as the Remembrance march in November and street carolling in December. Even so, the band started in white shirt with tie and black trousers, and promptly following the first piece, Stars and Stripes Forever, the ties came off.

Highlights of the first 45 minutes of music included Miller Magic & 12th Street Rag, which caused pockets of spontaneous dancing in front of the band. Donegal Bay, a solo by lead Baritone player Mervin Jones, was an entertaining choice. As usual, many visitors continued to stroll around the stalls, food stops, or to quench their thirst at the village pub.

After a short break, which was much-needed by the band members to rehydrate and reapply sun cream, they resumed their seats sat to continue on into the afternoon, opening with Castell Coch, followed by the percussion feature Scaramouche. Frolic for Trombones – a Trombone trio, featuring the band’s trombone section of Laura Moran, Melvyn Knight and Greg Little – attracted extra attention and applause.

The second session included the crowd pleaser, the Bridge on the River Kwai, before closing with a relatively new piece, an arrangement of the soundtrack from popular 2017 musical, The Greatest Showman.