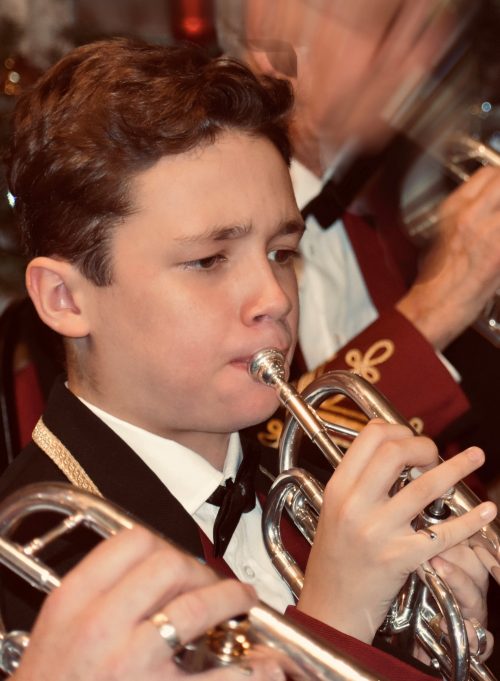 The young and talented 13-year-old cornet player, Ben Murray, continues to hit the high notes and is delighted to have passed his recent Grade 6 ABRSM examination with Distinction.

As a Music Scholar at Princethorpe College, Ben has previously completed 2 Grade 5’s including Grade 5 Jazz Trumpet and is looking forward to getting his trumpet out in the summer and touring Austria with their Jazz Band alongside our very own, Jodie Fisher (conductor of the Jazz Band).

When Ben’s parents recently made him the proud owner of a new shiny Besson Prestige cornet, he chose to donate his ‘not so old’ shiny Yamaha cornet to the Training Band to benefit another young member.

Well done and thank you Ben!