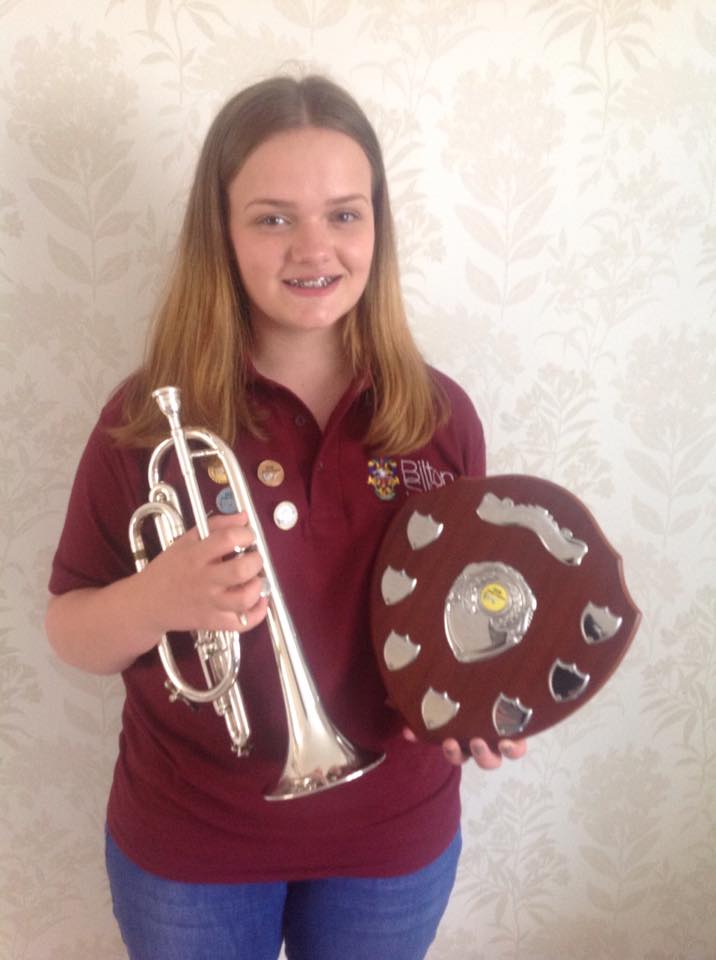 The band waved a fond farewell to another young cornet player at the weekend, her final commitment to her ‘home’ band being the Wychavon Contest on Saturday 29th October. Josie Allen (16) is moving onto pastures new, as the new principal cornet player for the Enderby Band in Leicestershire and we wish her well as she heads off to new challenges and a new banding home.

Josie started playing the cornet aged 5 and worked her way through the ranks of the Training Band into the Senior Band, ending her tenure as a fine and promising tutti cornet player. Her recent solo debut with the senior band at St. Mark’s Church, delivering a lovely rendition of John Golland’s ‘Ballade’ gave us all more than a hint of her potential having featured in band quintet performances, flugel features and as our assistant principal cornet player at March’s Area Contest during the year. 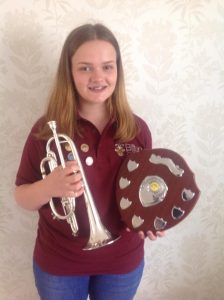 We are also delighted to send Josie on her way in the knowledge that she has just received notice that following an audition last weekend she has reached the required standard to become part of the National Youth Brass Band of Great Britain, receiving wonderful feedback on her musicality, beautiful sound and obvious potential.

Thanks, Josie, for all that you have given to the band over the years and good luck in all that you do in the future. Keep in touch.