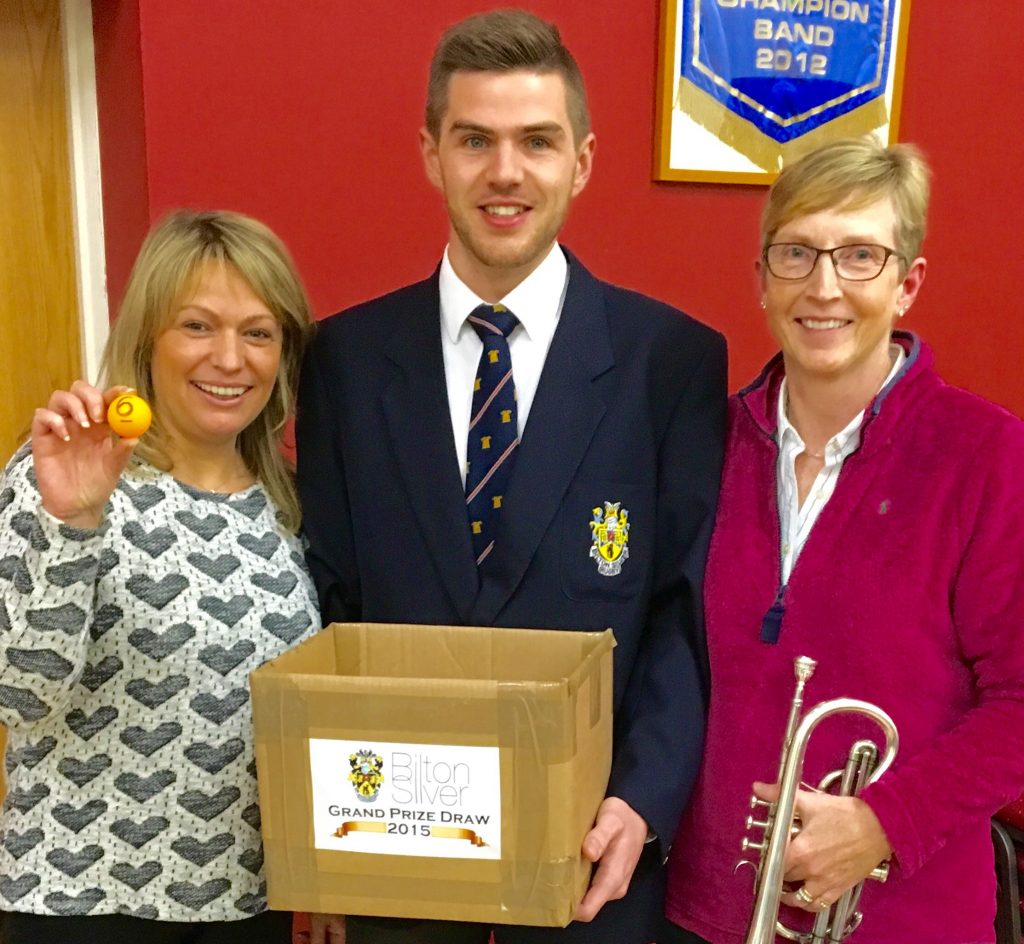 Thank you to everyone who participated in our Grand Prize Draw 2015, with the opportunity to win your own concert. Over the last few months band members have been hard selling, and ticket sales raised over £700, which helps in reaching toward our target of £10,000 for some replacement Tubas. The draw took place at a band rehearsal and was drawn on behalf of the band’s President, Bev Robotham, by his daughter Alison. Ticket number 6 (held by Diane Fisher, the band’s Repiano Cornet and Training Band Musical Director) was randomly picked from a box of uniquely numbered balls. When asked about the raffle, Diane commented “I think that the raffle is a great idea, although perhaps a little embarrassing that a member won it. As I don’t often win prizes, I really was thinking of £10 for band funds rather than winning.”

The winner of the raffle is entitled to a free concert by the band; when asked about any plans for the prize, Diane stated “I do plan to hold a concert and have a few ideas but need to run them past Mark [the band’s Musical Director]. Any funds raised will obviously benefit the band.”

Keep up to date with how our Fundraising for New Tubas is going.