Missing us? It Disney Matter! 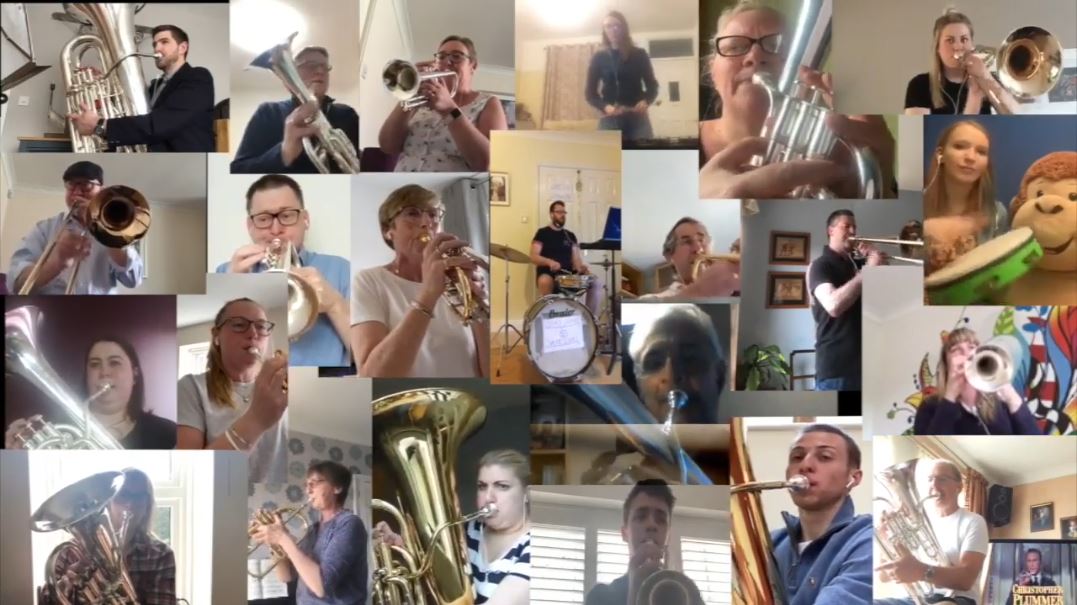 Due to the ongoing Coronavirus situation, the Senior Band have been forced to cancel some of their upcoming events. Local engagements such as the annual concert in Crick in the middle of May and a June concert at the band’s local church in Bilton have been called off. Possibly the highlight of the year for all brass band enthusiasts, the Mid-Summer Brass festival in Pershore, which was planned to take place on 4th July, has been cancelled by the organisers.

However, with the aid of technology and the skills of a very talented Jodie Fisher, we can bring the magic of the band to you via the web. Last week, the band recorded a socially distanced version of Do-Re-Mi (if you haven’t seen it – go check out our YouTube or Facebook channels). This week the piece chosen is a medley from the Disney franchise, ‘Disney Matter’. Arranged by Alan Fernie, it comprises a number of favourites such as ‘The Bare Necessities’ and ‘I Wan’na Be Like You’ from the 1967 film ‘Jungle Book’, along with ‘A Spoon Full of Sugar’ and ‘Super‐cali‐fragil‐istic‐expi‐ali‐docious’ from the 1964 film ‘Mary Poppins’. This piece was actually borrowed from the Bilton Silver Training Band’s portfolio – we hope they don’t mind and they think we did it justice. Take a few minutes out to listen to the rendition and appreciate the hard work gone in to piecing it all together.