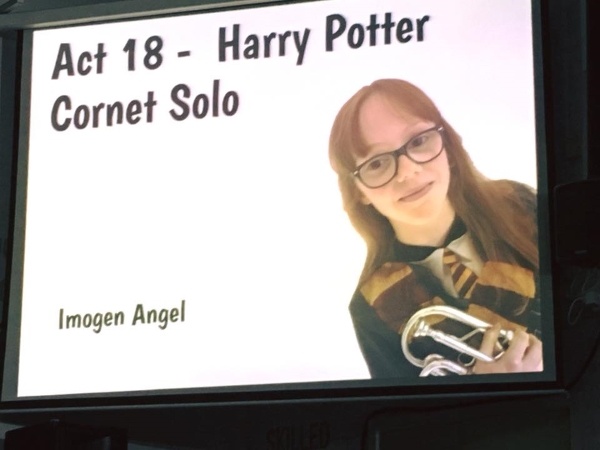 Many congratulations to Bilton Silver Training Band and Evolution Band member Imogen Angell for her outstanding performance in last nights Grand Final of ‘Southam’s Got Talent’.

In true Imogen style, she confidently took to the stage dressed as Harry Potter and produced a stunning cornet solo performance of Hedwig’s Theme.

Despite being one of the youngest entries and competing against 21 other finalists, she was awarded 2nd prize.

A great achievement and certainly a talented young lady to watch out for in the future. Well done Imogen!