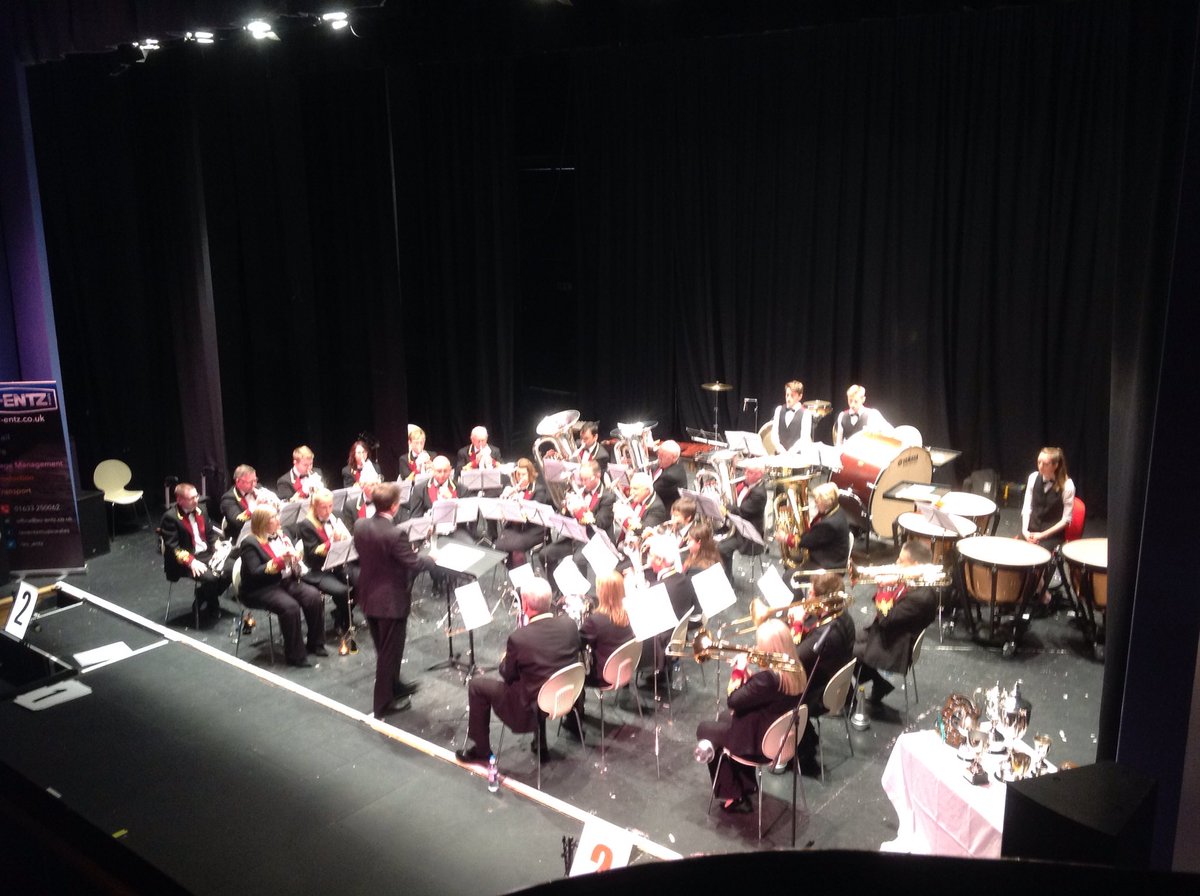 In the early part of every year brass bands throughout the country commence their preparations for the Regional Championships. All bands have their dream of winning the “Area” and Bilton Band is no exception having prepared thoroughly for the 2018 contest in the previous two months.

After two years mixing it with the elite in the Midlands Championship Section, the band returned to the competition in the slightly more familiar First Section. On Saturday 10th March, in Bedworth Civic Hall, Bilton and seventeen other Midlands bands set out to play James Curnow’s’ work Brass Metamorphosis with the aim of impressing judges Richard Marshall and Major Paul Norley.

After an early morning rehearsal, the band learned that they were drawn fourth to play and made their way to the venue, going through all the administrative rituals required to prove membership of the band, before sitting down to play.

With Professional Musical Director David Stowell in charge, the band made a confident start and proceeded to play the piece as rehearsed with all soloists delivering assured performances. The band made every attempt to make a musical performance within the bounds of the given composition and demonstrated the variety of styles in which it is able to play. Whilst there was the occasional “scratch” associated with a live performance, the band played well and members were generally happy with the performance.

Drawing fourth of eighteen meant a four hour wait for the results. Members took the opportunity to have a pub lunch, do some shopping, talk to friends from other bands or simply listen to the competition unfold before assembling back at the Civic Hall for the results.

Sadly on this occasion it was not Bilton’s day, the judges favoured other performances with the band finishing in a respectable 9th place. Congratulations go to the winners Staffordshire Band and the two other qualifiers to the National Finals in September.

Finally, the band must thank those who prepared Bilton for the musical challenges of Curnow’s work. Particular thanks go to Nick Hudson and Stuart Fisher for their preparatory work and then to David Stowell for bringing everything together and inspiring the band to play to its very best.