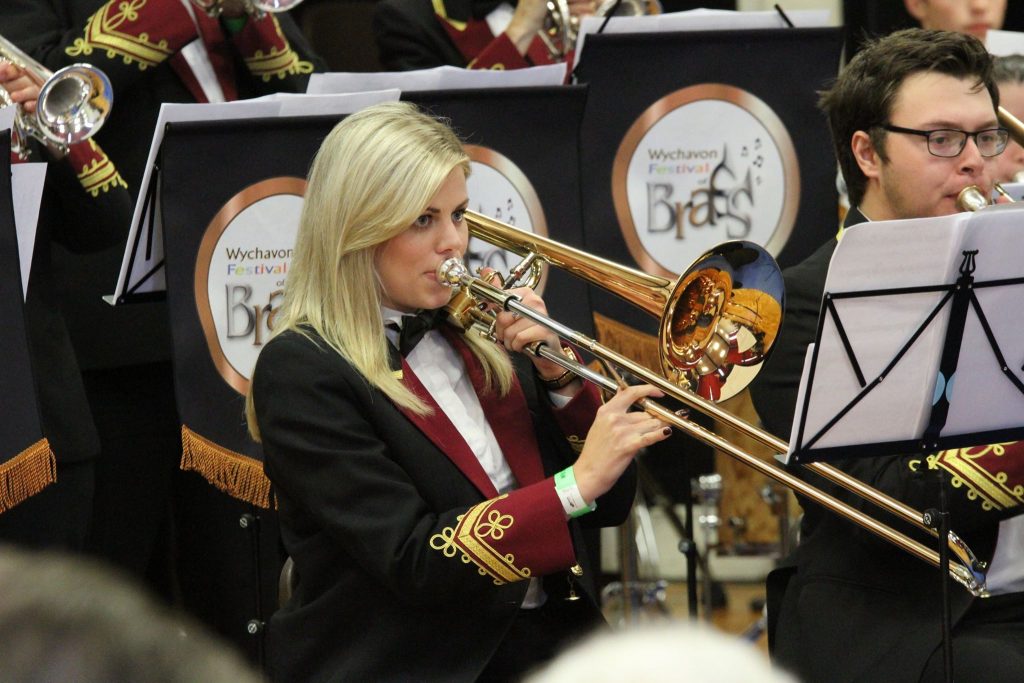 The Training Band, as always, did Bilton proud with a well chosen programme of film music, which of course was finished off with the Training Band Anthem 500 Miles. They were capably led by their Musical Director Jack Fisher and the playing brought a tear to the eye of many of the proud senior band members who were there to support. William Thomson deserves a particular mention for his brilliant musical rendition of La Bamba, his confident playing shows that the future of Bilton’s cornet section is without a doubt in safe hands. Felicity Angell also walked away for the second year running with the youngest player award. Well done Felicity!

The Senior Band, lead by our professional conductor David Stowell, opted for a different playing format to usual which added the additional challenge of moving around the stage in between items. The programme included the foot tapping item ‘The Heat’s On’, with fabulous jazz solos from Lead Trombonist Laura Moran, our Principal Cornet Sheila Allen, Solo Euphonium Neil Kelsall and Flugelhorn Judith Hayes. Intrada, Madrigalum and Tobique Jig also featured in the 20 minute programme and of course I have to mention Neil Kelsall for his lyrical performance of Lament from Stabat Mater. As always a true professional, and of course without music!

All in all a great day for Bilton